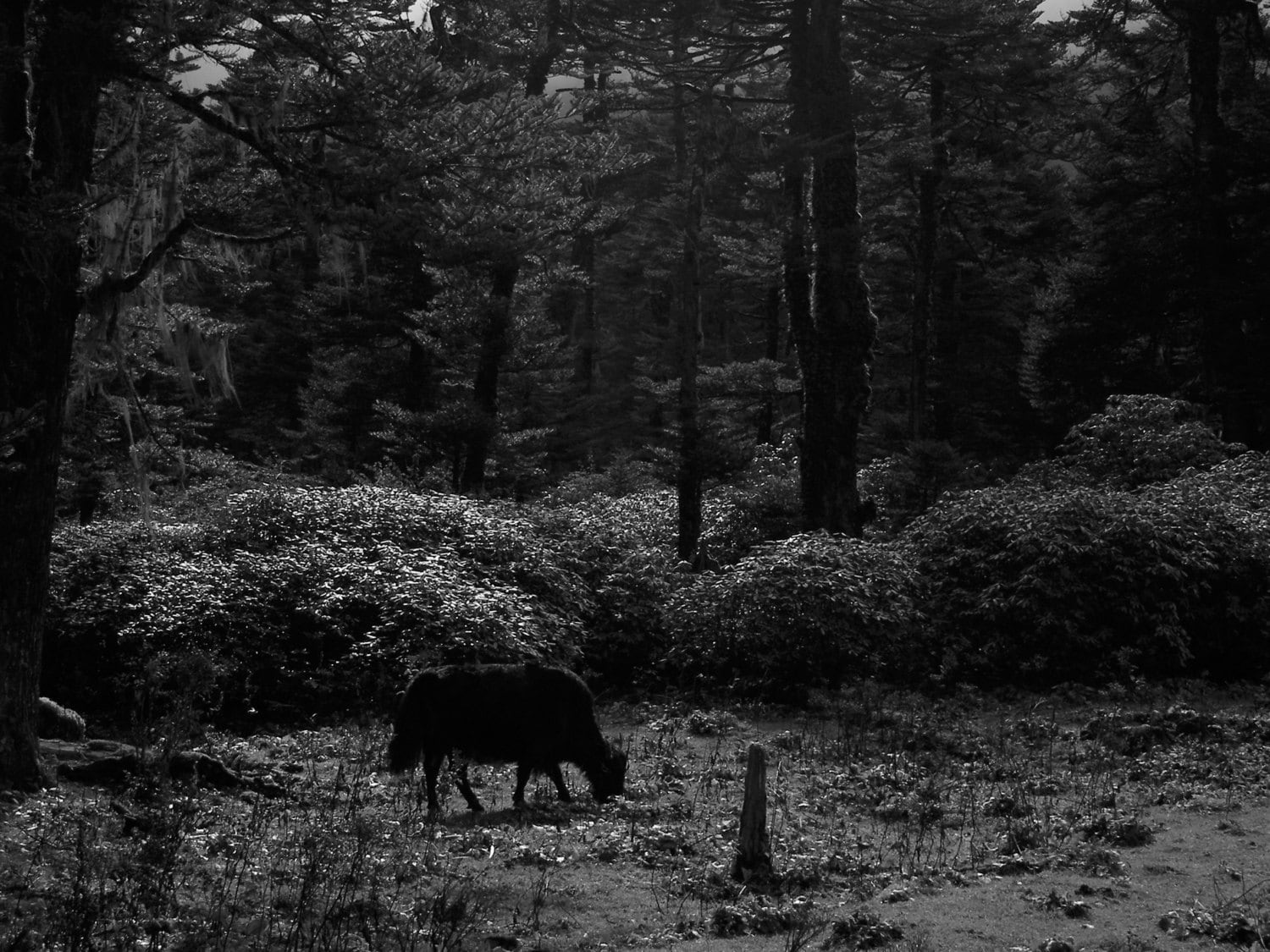 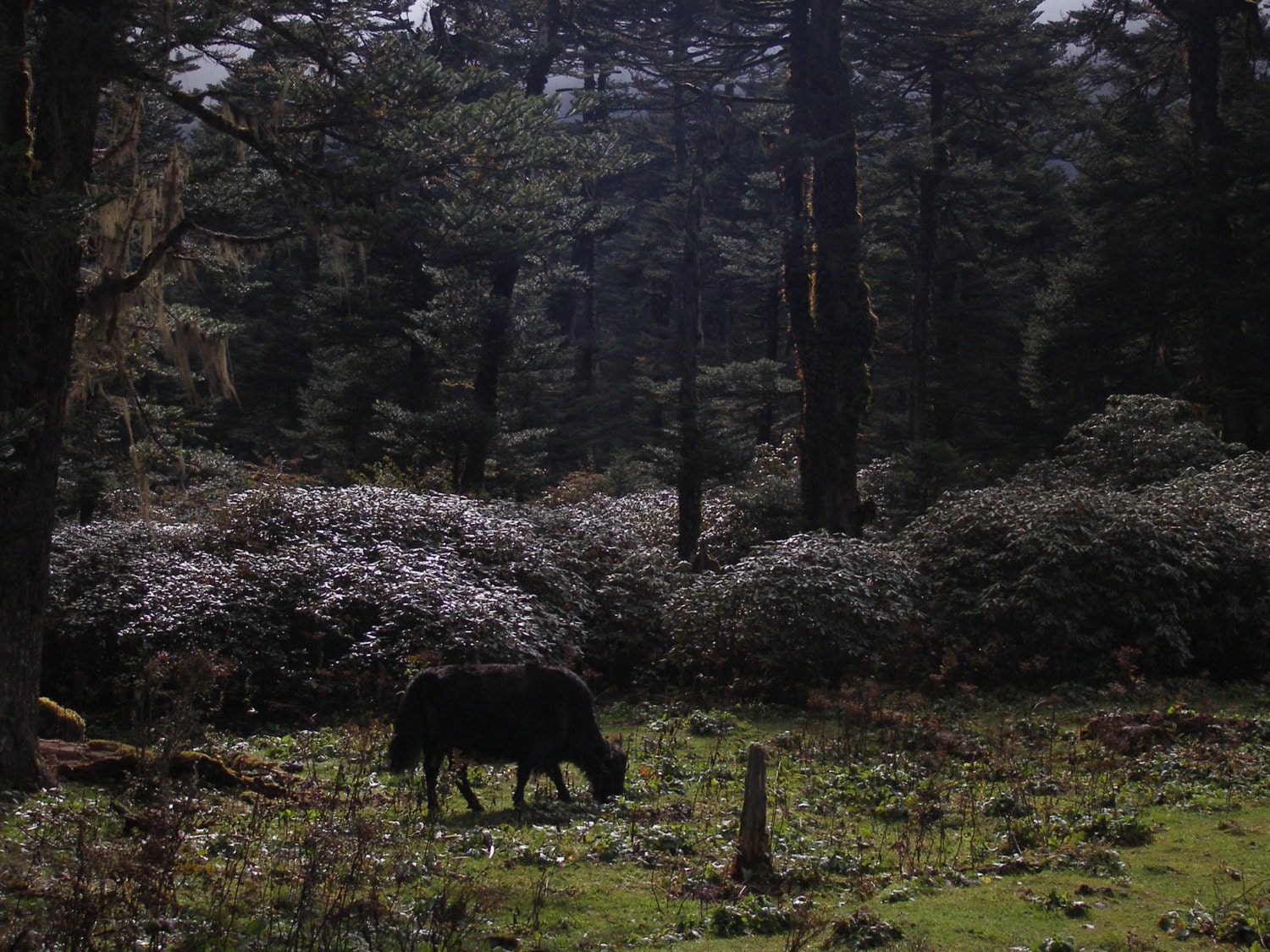 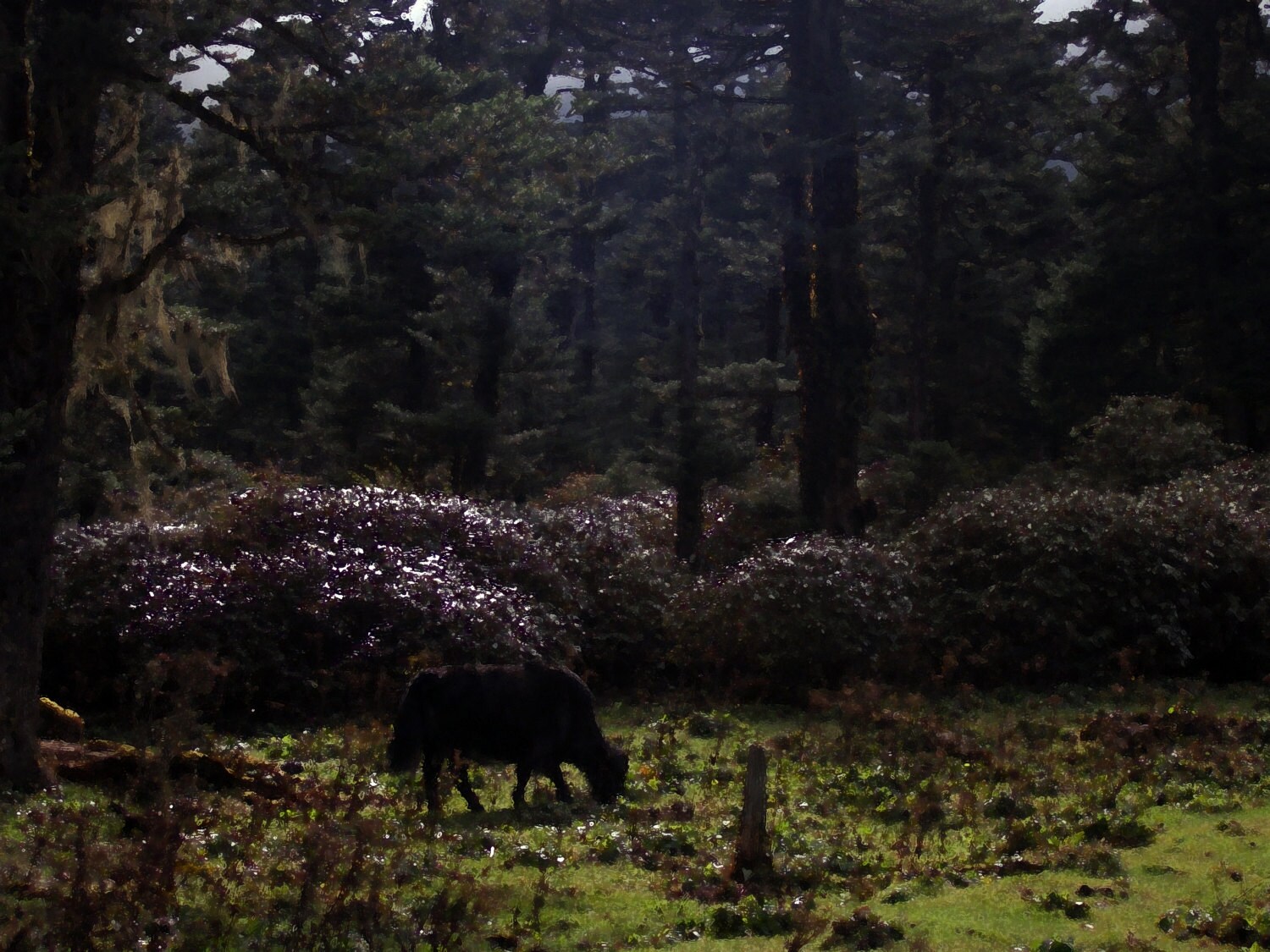 The yak may have diverged from cattle at any point between one and five million years ago, and there is some suggestion that it may be more closely related to bison than to the other members of its designated Bos genus. Apparent close fossil relatives of the yak, such as Bos baikalensis, have been found in eastern Russia, suggesting a possible route by which yak-like ancestors of the modern American bison could have entered the Americas. The yak, Bos grunniens, is a long-haired bovid found throughout the Himalaya region of southern Central Asia, the Tibetan Plateau and as far north as Mongolia and Russia. Most yaks are domesticated, however there is also a small, vulnerable population of wild yaks, know as Bos mutus. Wild yaks are among the largest bovids and are second only to the gaur in shoulder height. Domestic yaks can be quite variable in color, often having patches of rusty brown and cream. They have small ears and a wide forehead, with smooth horns that are generally dark in color. Yaks secrete a special sticky substance in their sweat which helps keep their under-hair matted and acts as extra insulation. This secretion is actually used in traditional Himalayan medicine. Unfortunately many wild yaks are killed for food by hunters in China, and are now a vulnerable species. Domesticated yaks have been kept for thousands of years, primarily for their milk, fiber and meat, and as beasts of burden. Their dried droppings are an important fuel, used all over Tibet, and are often the only fuel available on the high treeless Tibetan Plateau. Yaks transport goods across mountain passes for local farmers and traders, and for climbing and trekking expeditions as well. Only one thing makes it hard to use yaks for long journeys in barren regions. They will not eat grain, which could be carried on the journey. They will starve unless they can be brought to a place where there is grass. Yak's milk is often processed to a cheese called chhurpi in Tibetan and butter made of yak's milk is an ingredient in tea that Tibetans readily consume. Here on the way to Lachen, in a clearing along the river, grazed a lone Yak, it was almost surreal...... Available as 8 x 11 or 11 x 17 b & w or color photo or watercolor print on Hahnemuhle Museum Etching Fine Art Inkjet Paper and each photograph is personally approved and hand-signed by me, the artist, dr. ralph goldman

0 items in your cart